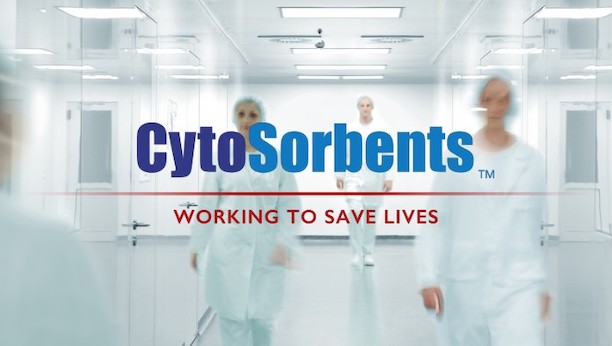 A public healthcare company in the medical device field

CytoSorbents (NASDAQ: CTSO) CytoSorbents Corporation is a leader in critical care immunotherapy, specializing in blood purification. Its flagship product, CytoSorb® is approved in the European Union with distribution in 40 countries around the world, as a safe and effective extracorporeal cytokine adsorber, designed to reduce the "cytokine storm" or "cytokine release syndrome" that could otherwise cause massive inflammation, organ failure and death in common critical illnesses such as sepsis, burn injury, trauma, lung injury and pancreatitis, as well as in cancer immunotherapy. These are conditions where the risk of death is extremely high, yet no effective treatments exist. CytoSorb® is also being used during and after cardiac surgery to remove inflammatory mediators, such as cytokines and free hemoglobin, which can lead to post-operative complications, including multiple organ failure.

Apply to Jobs at CytoSorbents